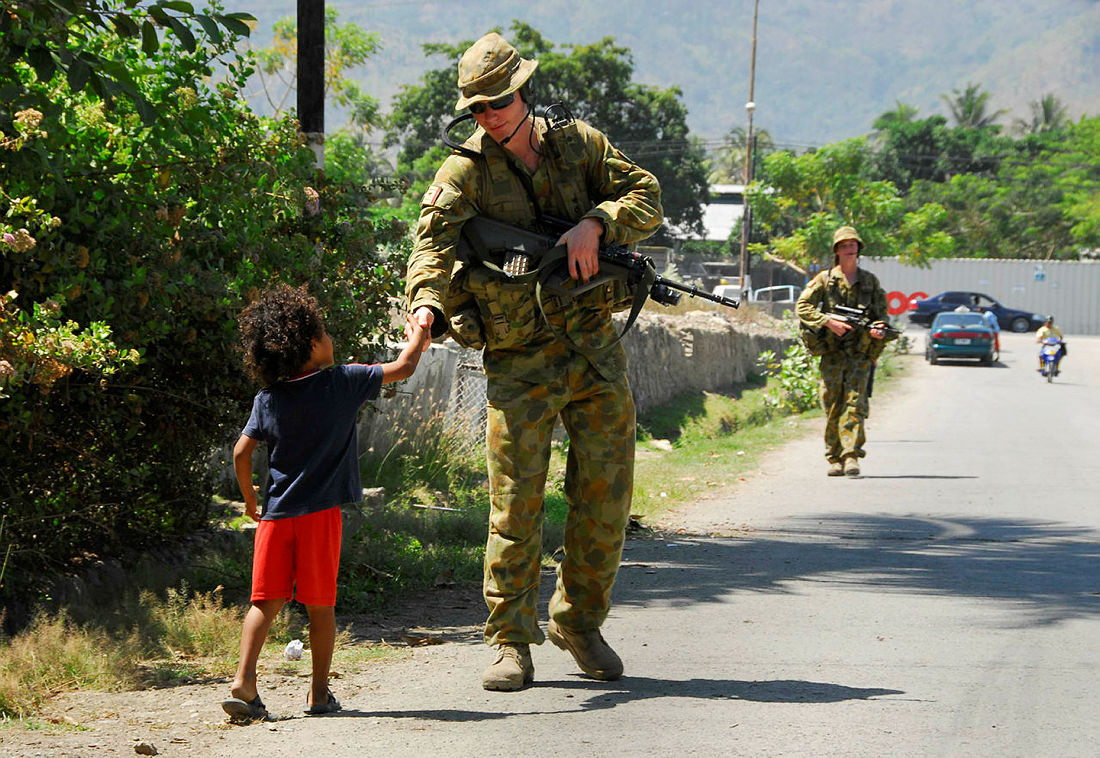 Operation Astute was an Australian-led military deployment to East Timor to quell unrest and return stability in the 2006 East Timor crisis. It was headed by Brigadier Bill Sowry, and commenced on 25 May 2006 under the command of Brigadier Michael Slater. The operation was established at the request of East Timor’s government, and continues under an understanding reached between Australia, East Timor, and the United Nations, with the United Nations Integrated Mission in East Timor supporting and helping to develop East Timor’s police force. Other countries deploying soldiers to East Timor include Malaysia, New Zealand and East Timor’s former colonial power Portugal, operating under independent command.